An unprecedented summer is approaching, witness of a pulse between two forces of nature that are advancing towards to collide. The fire season in the North Hemisphere is expected to be intense, because of the historical background of dryness and the accumulation of water stress. The impact of the global pandemic have decreased, yet it still poses a threat to mankind in general and emergency bodies in particular. Studies suggest that inhaling polluting particles derived from smoke from wildfires puts wildland firefighters at greater risk against the virus. How can they protect themselves? The competent authorities study a tactical change in fire fighting.

Pulmonologists and environmental experts agree that frequent exposure to PM2.5 particles (pollutants of anthropogenic origin, such as those produced in combustion emissions from diesel engines) carry a high risk of cardiorespiratory diseases. These same PM2.5 particles, present in high-density cities when episodes of high pollution occur, are the same as those generated in wildfires. We are talking about contaminants with an aerodynamic diameter inferior or equal to 2.5 micrometers (100 times thinner than a human hair) that easily penetrate the lungs and increase the lethal potential of Covid-19.

In this sense, Luke Montorse, assistant professor at the Boise State University, stated in an interview that “Scientists from the Harvard health department carried out a study at the national level, to verify the effects of contamination on the affectation of the virus in different states. They concluded that a small increase in the PM2.5 values present in the air was directly associated with a significant increase in the COVID-19 mortality ratio. "

These threats impose the need to combine social distancing with fire management and fire suppression tasks. The competent authorities and numerous scientists from the environmental community study forms of containment to minimize the risks of contagion in the field.

Wageningen University, in Netherlands, has launched a collaborative guidance project to establish protection measures for wildland firefighters against coronavirus. The study is based on 6 points: social distancing, measures to keep firefighters healthy during the all fire season (to reduce the risk of infection), actions to be taken before, during and after an operative, and transport suggestions.

Wildfires are different from one country to another, and so are the operations of fire management.

In the United States, where firefighters are often housed in camps and community facilities, the use of individual tents, masks, and social distancing measures are being proposed, eventhough they pose an economic and logistical challenge. In the forest environment, washing your hands frequently and following the recommended hygiene measures are difficult. Furthermore, emergency operations can produce situations that are difficult to reconcile with the demands of controlling a pandemic. In the event of an evacuation, the need to use emergency shelters could arise, causing an accumulation of people in a reduced space.

In Spain, where operations are coordinated locally, reducing personnel at the bases by making guards from home has been considered. This way, exposure will decrease, but reaction times will be longer in the event of an intervention.

The fire season is inherently stressful for firefighters, affecting their fatigue levels and immune systems, which can compromise their ability to fight COVID-19 if exposed to the virus. Therefore, it is proposed to establish more rest and recovery times throughout the fire season, or to combine different suppression tactics, to reduce exhaustion and exposure to smoke, to create a positive impact on the health and well-being of the fighters.

The changes in strategy promote aggressive initial attacks, supported by aerial means, to extinguish the fires quickly and minimize the number of fighters - making possible the necessary distance between troops -; increasing the use of controlled fire as a suppression tactic; using machinery to efficiently create firebreaks, protecting strategic points; and reducing the number of supressions, allowing fires to be extinguished naturally (accepting the added risk of reignition). Other proposed measures include disinfecting high-contact areas, telematizing meetings and trainings, conducting tests, restricting risk personnel (over 65 years old) or enabling sanitary areas. To minimize contagion on the move, keep the front passenger seat of the helicopter free (when it is operationally possible), limit personnel on board and require the use of masks when an appropriate physical distance cannot be maintained, as well as guarantee supplies for vehicle sanitation and hand washing and disinfection.

Measures to reduce the risk of exposure to COVID-19 can limit the fire response capacity, and may increase its damaging potential. The scientific community and the emergency bodies work on a contingency plan that allows them to be prepared and protected against this exceptional situation. 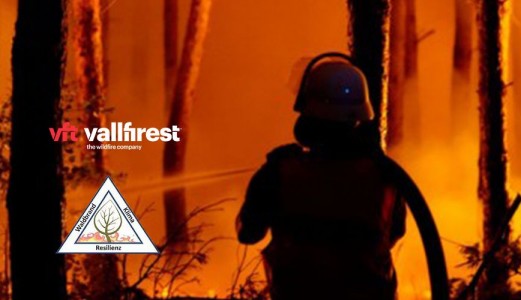 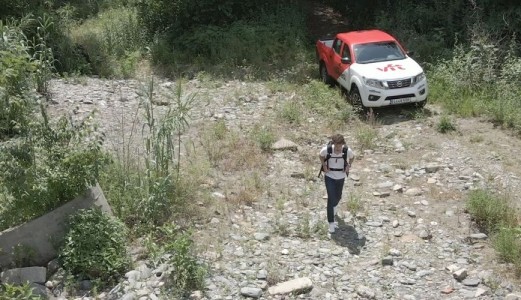