This website uses first and third party cookies to improve usability and collect statistical data of your navigation on the site. By continuing to browse this site you accept the use of said cookies. For more information see our cookies policy. OK
Your cart

Total products:
Do you have a discount coupon?
Total payment
Confirm order
Continue buying
15 days to exchange or return your purchase after the delivery
Your transaction is secure. We use the latest technology to protect your security and maintain your privacy.
Log In
Forgot your password?
o
Create an account
2020, the UK's unprecedented fire season 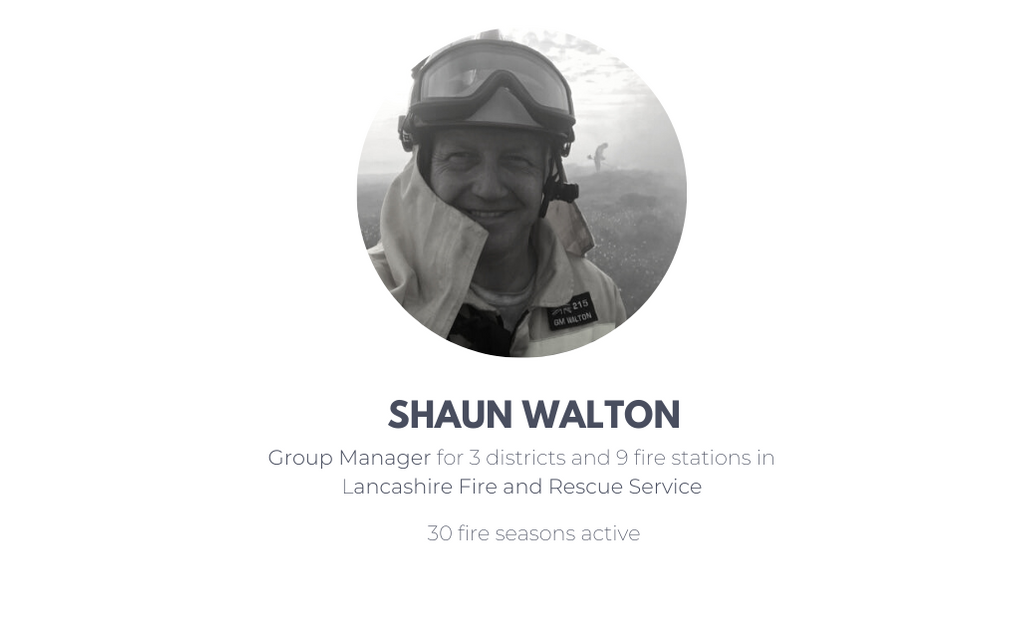 vft: This year’s fire season in the UK was unlike any other. Wildfires have affected all corners of the country in 2020. How is the situation in Lancashire?

SW: Lanchester is surounded by open moorland and we do experience a significant number of wildfires in our County. Since I first joined the Fire and Rescue Service, 30 years ago, there has been a significant increase in the severity of wildfires which also start earlier in the year and finish later provideding an extended wildfire season. Young firefighters don't know that, but we used to have a break in between the spring and summer fires, right around June, because vegetation was green and full of moisture. Now, even though our moorlands and heathlands  are green they are burning, because the vegetation has grown during much more tan previously due to much milder and wetter winters. The due to adequate available mositure the grasses dont develop deep long roots anymore, consequently during warm periods the roots cant reach the  the water they need resulting in the grasses becoming tinder dry and good fuel even though they are Green., this change in vegitation conditions makes the perfect fire conditions. This is quite concerning. It is getting more challenging for us to manage fires of greater severity, for longer periods of time simultaneoulsy across Lancashire and the UK. vft: You just confirmed what Coopernicus experts have recently said. Publications state that “the UK wildfire season was once confined to mostly April and May, but recent years have seen wildfires burning throughout the year, especially in England.”

The UK wildfire season was once confined to mostly April and May, but recent years have seen wildfires burning throughout the year, especially in England [8/10] pic.twitter.com/6cUBS3PxAD

SW: Exactly. To help prevent and manage wildfires when they ocur we work closley on prevention tactics and operational fire fighting response with Government Departments, National Resilience, National Fire Chiefs Council, NFPA (USA), Pau Costa, Partner Agencies both National and Local and also with land owners and land managers that have been working the land for many years and have also experienced these changes.

vft: Is global warming having its part in this evolution?

SW: Global warming is definitively affecting. The snow fall and the freezing conditions that we used to have years ago have changed (I remember as a child walking on deep snow, we had it periodically, but now it is a very rare phenomena). Winters are not as long as they used to be. The weather is warmer with a mild curve in and out of Winter as the norm. The fire season are stretching, we are getting wildfires in late February and late November, and the scale is more severe because the land is more dry and it lacks moisture. For that, when we do get these fires, they spread very quickly and they burn deep. The scale of these wildfires are more severe because the land has more growth on vegitation over Winter is more dry creating significant dry fine fuels and it lacks moisture. For that, when we do get these fires, they spread very quickly through the fine fuels  and they burn deep in the peat for a very long time, often until we get significant rain fall. A lot of wildfires occur close to urban areas, the large wildfire on Winter Hill in 2018 caused significant  environmental and health concerns across parts of Lancashire and City Centre Manchester to the smoke plume that affected many people sufferning form underlying health conditions such as asthma and many more due to it being very hot during the nights of the fire, people could not open their Windows due to smoke and with little domestic air con in the UK left many people getting little sleep. 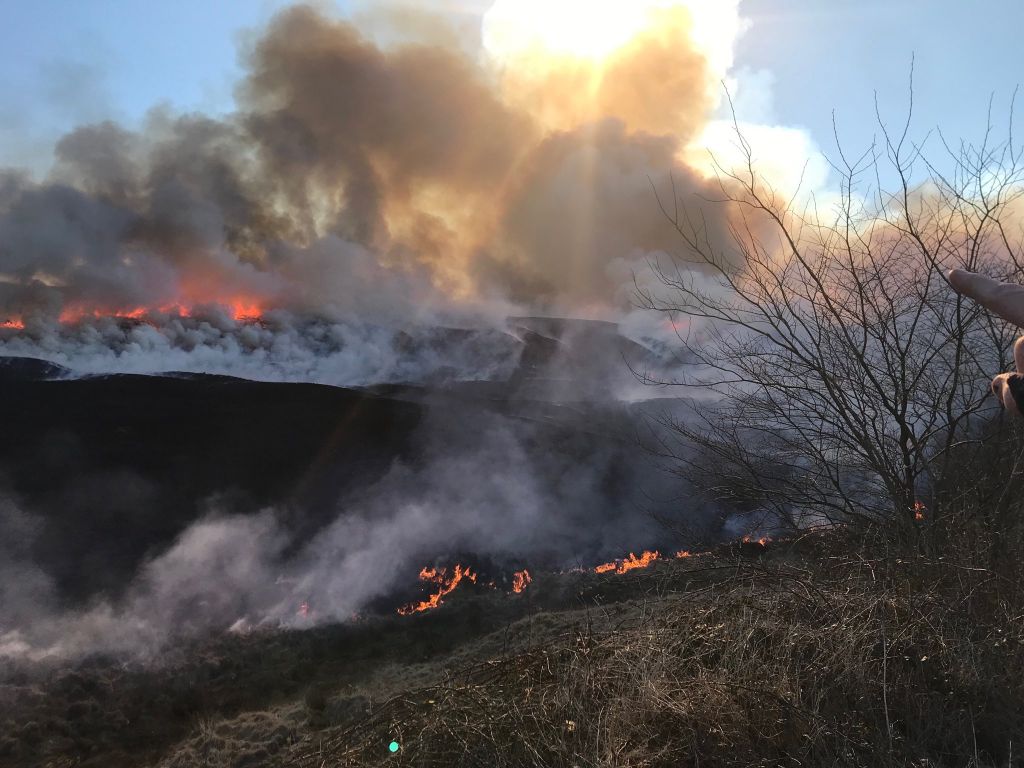 vft: Could you give us some numbers to evaluate the dimension of this new wildfires?

SW: In the UK, Fire Rescue services establish that wildfires require to meet at least one of the following criteria (any other ignitions are considered small fires, what in Spain you call ‘conatos’):

• Involves a geographical area of at least one hectare (10,000 square metres).
• Has a sustained flame length of more than 1.5 metres.
• Requires a committed resource of at least four fire and rescue service appliances/resources.
• Requires resources to be committed for at least 6 hours.
• Presents a serious threat to life, environment, property and infrastructure.

This year from January to June in the UK we had 110 wildfires that met that met that criteria, in the whole of 2019 we had 96, as you can see this is a real growing concern.

vft: Every country has its own specifics when it comes to wildfires…

SW: Indeed. In the UK we have mostly surface fires that spread into ground fires involving peat that is very difficult to extinguish and requires significant amounts of wáter, peat fires can spread underground and flare up a significant distance from where the fire was last seen.
as the year progresses it can be very dry and hot because the wind has dried all the vegetation  and groundis not moistthe fires will spread very far on the moorland into large open áreas of vegitation These fires can créate flanks and head fires many miles long. We are also seeing more fires in forestation in áreas where we would not normally experience fires, dealing with fires in forestation presents further risks and different tactics tan on moorlands, where posible we share learning across the UK and from other partner organsiatons across the world to help better prepare and respond to wildfires whilst keeping the public and responders as safe as posible.

vft: Which are the main tactics that you use?

SW: Fighting fire with fire is a technique that we are looking at more to manage surface fires. We use it for training purpuses and also to strength our lines of control so we can prevent our wildfires from spreading quickly. Of course there are restrictions on when we can do it; we can only do prescribed or controlled burning from october untill march, and even then, we cannot burn in all the lands in which we are having fires, because there are water catchment where we are getting our drinking water from, and if we burned them water could get contaminated with odor and smell. We also have protected areas of land that we value the hábitat on so cannot burn in those locations. Finally we have the british wet weather during these months that also restrict burning. All of the above creates fuel growth that will cause signficant challenges to manage any fires when they occur. We continue to work with our partners to make fire breaks in the non fire months to prevent large fires spreading during the wildfire season.

You need to know, thought, that as the months go on and the conditions get dryer, some of our fires are not burning only on the surface anymore, they have started burning deeper. Those are the ones that will last for days sometimes, constantly flaring up, and the only way to put them out is a large quantity of water; generally rainfall.

vft: We have seen many pictures of fire rescue services managing wildfires in structural gears. Is this common in the UK?

SW: At the moment, there are some stations that don’t have dedicated wildfire PPEs. The reason for that is that they deal with structural fires (from car crashes, flodding, rescues...) everyday but wildfires are seasonal, so the cost versus benefit is constantly reviewed. As the wildland ignitions will grow up in number, they will have to precure wildland PPEs to work safely and more effectively. We are in transition, constantly evolving to adapt ourselves to the new generation of fires that are to come. Currently Fire and Rescue Services are in different places in terms of their capability to respond to wildfires. vft: What strategies are you following up?

SW: Another particularity in the UK is that the majority of our wildfires are started by people. We don't get many lightning strikes (1 or 2 per year maximum). The rest of wildfires are started accidentaly by campfires or barbecues on moorland or in in forestry areas, and a few are deliberately spread.

vft: How do you plan to prevent that from happening?

SW: Education is key: we are working with the National Fire Protection Agency (NFPA USA) and the National Fire Chiefs Council in the UK, to set the Firewise, a voluntary program that provides a framework to help neighbors get organized, find direction, and take action to increase the ignition resistance of their homes and community. We also deliver multiple prevention tactics and engagment platforms including a plan for social media and agency briefings for television and media, to rise awareness among population at key times.
We are also counselling a training with organizations to enhace our capability and our skill as firefighters, including new techniques, vehicles, equipment and PPE deal with fires on the moros and in forest safely, with the right personal protective equipment, the right procedures and more fire engines.

vft: Will this be enough to face the new challenges coming? What are your next steps?

SW: We are getting bigger fires, we have to increase the prevention and also learn how to manage the land and the fuel to reduce the risk for firefighters and protect our environment when ignitions occur.

As a Fire Rescue Sector, we are now working closely with agencies (like Diaspora or Natural England), government, land owners and academics to try and conflicting priorities on managing the land and therefore reduce the risk, to prevent the wildfires. There is the ecological point of view and the fire point of view. So we are meeting to build relationships to get better understanding and have a more joined up holistic approach to managing wildfires with an overedge governmental strategy.

vft: Do you dare to make a prediction on how wildland firefighting will change in the UK in the next 10 to 20 years?

SW: I think the situation is going to get worse without a doubt in terms of wildfires becoming more frequent and severe perhaps not year on year but certainly on average. We are looking at fires now that are generating their own weather in the UK, these then make the fire on the ground behave differently thereby increasing risk to everyone and everything in proximity becasue it wont act as it did last time in the same location. Our fires might not be as severe as meditarranean or those in the US, but unfortunately we are progressively getting there. We really have got to adapt. We need to educate and influence key players on managing climate change as much as we can, and we have to review our fire fighting gear capabilities because it is no longer practical to manage fast moving fires without the suitable equipment. We have progressed but we need to move faster to adapt to a life with wildfires, because we wont stop them! 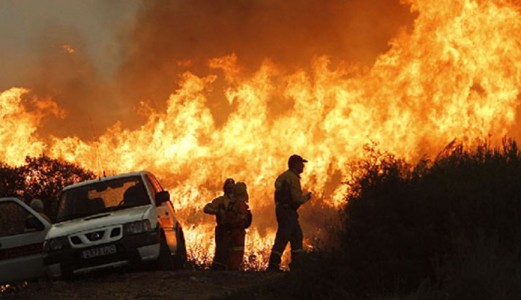 Surviving an entrapment and other lessons learned from wildfires 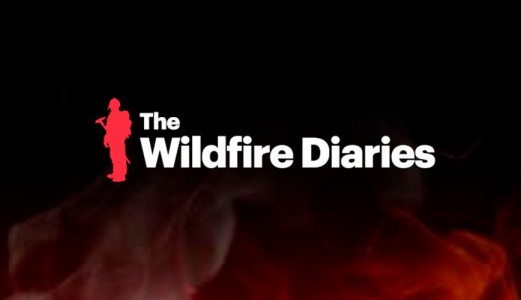 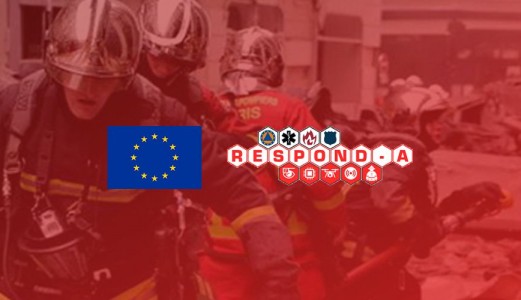