Total products:
Do you have a discount coupon?
Total payment
Confirm order
Continue buying
15 days to exchange or return your purchase after the delivery
Your transaction is secure. We use the latest technology to protect your security and maintain your privacy.
Log In
Forgot your password?
o
Create an account
The Wildfire Diaries, a new wildfire documentary series produced by Vallfirest

The Wildfire Diaries is an audiovisual series designed for social media. In a direct narrative format, each episode provides insight into the experience of a wildfire professional. The project aims to build bridges between the community of wildland firefighters and pool everything individually learned, to enrich our collective knowledge. A Vallfirest production.

Santi Fuster is a professional firefighter and a tactical analyst at the GRAF special unit, in Spain. One of his first experiences as a wildland firefighter was an entrapment. He has been serving at Fire and Rescue Services since 2001 and has witnessed the effects of climate crisis on wildfires. Learn from his experiences in this pilot episode of The Wildfire Diaries, a documentary series about professional wildland firefighters from all over the world produced by Vallfirest. A new communication platform that aims to build bridges amongst the fire community to spread knowledge, experiences and lessons learned.

Meet Juliet Crew, the first all-female firefighting brigade in South Africa, one of the most wildfire active regions in the planet. Hiking in and out or being trooped in by choper, these ladies spend long hours high in the mountains, beating fires and performing 24 to 48 hours deployments. Greatly influenced by American hot shots, they are passionate firefighters who analyse, strategise and use fire as a tool for land management. A project started by Dean Ferreira, managing director of NCC Environmental Services to bring women into fire. Learn from their wildfire journey in this new episode of The Wildfire Diaries.

Meet Ángel Lorenzo, firefighter at INFOCA, in Huelva. Passionate about his job, he has been working on some of the greatest fires in Southern Spain, as a member of an heliported crew at INFOEX and as a driver specialist at his actual fire brigade. He is also a youtuber, known on social media as @extremadura_fire . Learn from his wildfire journey in this new episode of The Wildfire Diaries.

Meet Louis Evert, co-founder of the german organization Forest Fire Watch. He started his career as a volunteer, working with @fire. He learned how to use technical fire in California with hot shots from Arizona. He has worked in some of the bigest fires in Portugal, in 2004, 2013 and 2014, and also in Croatia, Poland and Sweeden. Now he is trying to bring back home all these knowledge, tactics and manoeuvers. Learn from his wildfire journey in this new episode of The Wildfire Diaries.

Meet Fabio Silva, National Operations Assistant of Proteção Civil in Portugal. 🔥 Descendent of a long line of firefighters, he started his wildfire journey at the age of 14, as a volunteer firefighter. When he was 20, he became one of the members of the first professional heliported brigade and two years later he co-created the Proteção Civil Special Force. In 2011 he started a new path in the analysis of fires and its integration in the environment. He is now the number 3 in the National Operations Systems of Portugal. Learn from his wildfire journey in this new episode of The Wildfire Diaries.

Meet Andrés Bosch, Coordinator of the Central Region in the National Fire Management Service of Argentina. 🔥 He has been fighting wildfires for more than 18 years all over the country. Leading and taking part in several operations in the Córdoba Mountain Range in 2020 (300.000 ha) and more recently in the Las Golondrinas-Radal bushfire crisis (15.000 ha within 6 hours), in the Chubut region, in the Patagonia. Learn from his wildfire journey in this new episode of The Wildfire Diaries.

Meet Alex Held, Senior Expert of Fire Management, Silviculture and Wildlife at the European Forest Institute. 🔥 German forester with militar background, he was sent to South Africa to fight wildfires. There, he was trained by local fire services, but also by brigades from Montana, the Florida hot shots and Australian firefighters. With more than 20 years of experience on the fire line, he has worked in many wildland fires around Europe. He has participated in exchanges with the GRAF special unit and in aerial ignitions. Today he is one of the most influential persons in Germany, where he leaders the WKR project (Waldbrand Klima Resilience). Learn from his wildfire journey in this Mid Season Premiere of The Wildfire Diaries. 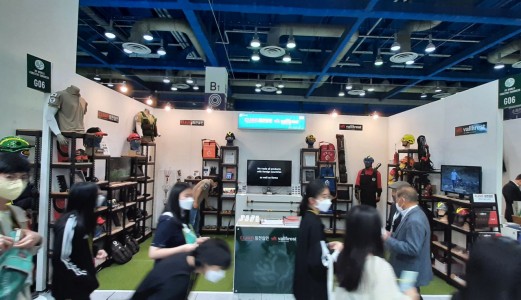